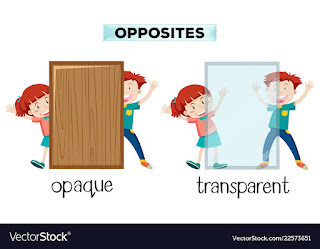 I have written 2 articles on this topic but I am prompted to write again on this as within a span of less than a week two dyslexia experts have said that kids are unable to read in English because it is an opaque language.

English is considered an opaque language because letters represent more than one sound.

As mentioned in a previous blog post the letter ‘a’ for example represents 5 different sounds. Listen to my YouTube video on this here.

To say that English is an opaque language and that it is one of the causes of kids being dyslexic is blindly repeating what has been written decades ago and until now is used as an excuse without the least bit of thought.

To say that dyslexics are unable to read because of the opaqueness of the English language is an insult to the intelligent of these kids. My first student who could not read a single sentence after going to kindergarten for a year and finishing primary one, attended his graduation ceremony on 30.9.21 at the University of Southern Australia. He graduated with a double degree. You may read a little more about him on my blog post written in 2010. LINK.

Opaqueness has nothing to do with kids being unable to read. It is teachers not telling kids at the onset that the letters in English represent more than one sound. I have mentioned this as the second reason why kids disengage from learning to read.

Most kids end up being classified as dyslexic when in fact they are instructional casualties.

Now, ask yourself why after a year of structured synthetic phonics via a scripted program Alanna Maurin's son was still unable to read? How was he suddenly able to read within a few days? He could read because he was not confused anymore. He was told the correct pronunciation of sounds represented by consonants and his mother explained to him that letters in the English language represent more than one sound. Here is the Twitter conversation between Alanna and me.

Yes, English is an opaque language compared with Malay, Italian, Finnish and many other languages but that is not the reason why many kids disengage from learning to read and then wrongly classified as dyslexic.

Posted by Luqman Michel at 6:09 PM