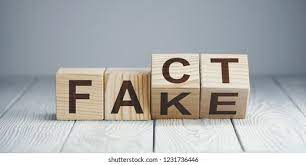 Here are extracts from a post by Timothy Shanahan dated 13 November, 2021.

Not long ago, I dared question the evidence supporting the teaching of “advanced phonemic awareness.”

This reminds me of my tweet and the response I received from KYEducator2018.

OH? I am sorry but neither I, my friends nor my children were ever taught phonemic awareness and strengthening underlying skills. We were taught the correct pronunciation of sounds of consonants unlike the way it is being taught today.

Basically, young readers need to develop sufficient knowledge of the letters and phonemes so that printed words and spelling patterns can be connected with phonological representations in the mind. It is these phonemic representations that are the anchors that secure that information in memory.

He disagreed but changed his tune in 2017.

I have repeatedly informed Timothy that it is the teaching of pronunciation of sounds represented by consonants that is the problem and he has asked me for research reports to support my findings.

Timothy has repeatedly said on his post above that some call him an idiot. I don’t think he is. He is good at reading material and retain that information in his head far better than many can. Unfortunately, he is unable to think outside of what he has read.

Despite my explanation he refused to accept that PAD cannot be the cause of kids being unable to read until research reports surfaced debunking that theory.

Doesn’t Timothy understand that the problem is teachers pronouncing the sounds represented by consonants wrongly or is he a puppet under the control of some people with a vested interest?

A majority of kids will need no intervention if the letter sounds are taught correctly from the onset.

We agree that the engine of learning words is not rote memorization but a deep knowledge and proficiency of phonemes and letters in words.

How does one get a deep knowledge and proficiency of phonemes when Seidenberg says ‘luhahmuhbuh’ for lamb; Sally Shaywitz says ‘duhaahguh’ for dog. This is how letter sounds are taught in most schools around the world.

By the way, what is wrong in a few frequently words being learned by rote memorisation? Read my post found here.

We all agree that more needs to be done for those kids, but here there are some variations in our thoughts about what is needed.

What needs to be done is to teach the correct pronunciation of sounds represented by consonants. Incorrect teaching is the cause of kids disengaging from learning to read.

The idea that engaging in skills like deletion and manipulation is meant to help those kids who have phonological deficits to develop them.

Do we need to engage in skills like deletion and manipulation? Has this helped kids in schools?

Not surprisingly, Dr. Ehri champions teaching letter names, spelling, and phonemic awareness so that students can fully segment (analysis) and blend (synthesis) the sounds. This means they could separate words into their phonemic parts proficiently and reassemble them. Those abilities play an obvious functional role in orthographic mapping.

Posted by Luqman Michel at 6:05 AM