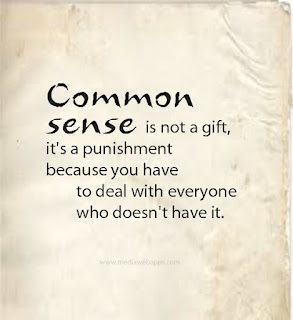 I read an article a week ago. Here are a few extracts and my comments.

One sentence from the article that caught my eyes is: Once habits become ingrained they can be very hard to shift, even when we are presented with evidence that challenges them.

That statement reminds me of what Charlie Munger had said about how the human mind resembles the human egg. LINK.

I had repeatedly said since 2010 that phonological awareness deficit cannot be the cause of kids being unable to read. This is common sense to me because my so-called dyslexic students could read in Malay and Romanised Mandarin but not in English. Surely one needs PA to be able to listen to and subsequently read in any language.

Many doctorate students visited my blog in 2011 and I believe it was they who had produced research reports to debunk the age old theory that it is phonological awareness deficit that is the cause of dyslexia. Here is an extract of my post at https://www.dyslexiafriend.com/2020/04/reading-failure-part-2.html#more

This is the response from Timothy Shanahan in 2017.

“This explanation of dyslexia seems especially pertinent ... and the only thing I would change in it now is the estimate of the phonological/phonemic awareness role in reading problems. There are some more recent data in relatively large studies suggesting a somewhat lower incidence of these problems at least with some populations; that wouldn't change the overall thrust of this much, but it would be, perhaps, more accurate.”

When are researchers going to do a study on why consonants should not be taught with extraneous sounds?

Here is a recent comment (9.11.21), from a Ph.D. Tisha Rajendra an Associate Professor at Loyola University Chicago on Twitter:

I’m gonna listen to the developmental and cognitive psychologists who research dyslexia rather than someone who has a sample size of 70. Thanks.

I believe most educators simply accept what some researchers write rather than use their brains to think. As I have said several times, thinking is one of the most difficult things for most people. Most people will read what Tisha has written and believe what she says as she has the title Ph.D. behind her name.

Common sense will ask us to question how kids who were unable to read were brought to grade level and maintained at grade level as reported by scientists in Florida State university. (Refer to page 2 of Equipped for reading success by Dr. David Kilpatrick)

Common sense should make us ask why kids in a class taught by the same teacher are able to read whilst many – about 20% - are not able to read.

Here are additional tweets dated 10.11.21 between Tisha and me.

Tisha, I would be grateful if you could inform me of any researcher who has done a study to prove that consonants should not be taught with extraneous sounds. I have been asked by a number of Ph.D.'s to show research reports supporting my findings.

I don't really know of any study. In almost every webinar or on-line PD that I've watching about teaching reading, the instructor has urged attendants to be careful in how they articulate the sounds, avoiding schwas at the ends of consonant sounds (except for voiced stops).

Tisha has heard in almost every webinar she had attended that consonants should not be taught with extraneous sounds and yet she wants research reports to support my findings. It took students who visited my blog since 2011 to write research reports on my theory that phonological awareness deficit cannot be the cause of dyslexia. That theory was debunked around 2017.

When are we going to have research reports to convince educators on what I have written on my blog post on why many smart kids are unable to read in English. https://www.dyslexiafriend.com/2021/10/three-main-reasons-why-kids-disengage.html

Posted by Luqman Michel at 6:20 AM