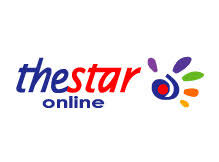 “The DAP senior politician said that both Najib and Umno propagandists wanted to project the image that he [Dr Maszlee]  is a very mediocre minister who has very limited vision and objectives in the transformation of education in the country.”

Are the propagandists trying to project such an image or is he really a mediocre minister? I wrote two mails to him and left two messages on his FB messenger.

Perhaps he did not quite understand what I had said or maybe he just could not accept what I had said because I am the only person in the world to say that the reason why kids are leaving school as illiterates is because a majority of kids shut down because of being taught wrong phonemes of alphabets in schools.

I had asked him to get a copy of my book ‘Shut down kids’ which explains why kids shut down. Does he have no one in his committee who can think logically? The world has been saying that teachers are teaching wrongly but to date no one has specifically pin pointed what it is that they are teaching wrongly.

In 2010 I challenged the more-than-35 year old theory that ‘phonological awareness deficit’ is not the cause of dyslexia (kids being unable to read in English). It took the world 5 years to accept what I had discovered.

I am also the first person to say that many kids cannot read in English because of confusion as a result of teachers in most schools teaching phonemes wrongly.

A good example of phonemes taught wrongly which will cause kids prone to shutting down to shut down is a programme that is being broadcast by Astro.

Doesn’t Dr. Maszlee Malik have anyone in his committee who can discuss this matter with me? If he does not have any then he should get some professors from our local universities to grill me on my findings. Let Malaysia be the first in the world to do research on this matter.

Lim said that this was not the first time that Dr Maszlee has been given “shabby” and “deplorable” treatment, pointing out that during a live interview in July, Dr Maszlee had spoken in length about various subjects including reform of education but his statement about black shoes made headlines.
“This is why Dr Maszlee must quickly learn from the lessons of modern communication and focus his energies on proving that he is a better Education Minister than Najib himself, who held the Education portfolio from 1995-2000,” said Lim.

“Media should talk about more educative things,” he said after officiating the smart schools awards programme at Bukit Kiara, reports The Malaysian Insight.

How, is Dr. Maszlee going to reform education when he does not even bother to discuss this discovery made by me? Ask me to explain and I am willing to expound why kids shut down from learning to read in English.

How does one improve education when one does not even know the cause of kids shutting down from learning to read in English?

How is it that despite the promises made by LINUS programme in 2012 the children leaving school as illiterates is still high?
Posted by Luqman Michel at 4:28 AM

I presume those Complacent people are not interested to care about English Standard of the Country.. they only care about Malay's Rights..Too Bad..!!

Better resign and let some better to be.... Selvaraja

Thank you for your comments.
Yes, Suguna, I will write a third email to Dr. Maszlee. I will do everything I can to drive home the point that we can reduce illiteracy by simply teaching phonemes the way they should be taught.