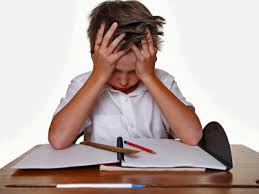 Here is part of a comment I made in one of the posts on LinkedIn.

The following is part of the response by the author of the post.

But remember that we all teach in different places. What is true for some (like this) is not for others. (Marcela Falcone)

Teachers all over the world have been continuously saying that many kids are unable to read because of 'Dysteachia' (a word coined by teachers in the US.) Has anyone said what it is that is being taught wrong by teachers? Why is it that many kids still leave school as illiterates?


There are many educators who have said that something is wrong with our teaching and not with the child.

Here are extracts from my book ‘Shut down kids’ to support my comment above.

"The education establishment, rather than admit that their eclectic and incomplete methods for instruction are at fault, have invented a brain disorder called ‘dyslexia'" (Graham Stringer MP)

“The only shut down that I allocate time to is that of the educators and other professionals who are not embracing empirical science and hence are withholding highly effective methods from children - and thus are contributing to the problem of dyslexia’s prevalence and not its solution.” (Tim Conway PhD)

"To top it off, the number of incompetent teachers, as judged by the easiest of tests, is shocking, and the quality of college graduates going into the education profession is a disgrace." (Richard Osguthorpe)

About 30% of kids shut down / disengage from learning to read when things taught to them do not match what they have learned initially. This is according to Thorndike’s Theory which I confirm for the approximately 30% of kids who are predisposed to shutting down.

Here is a programme that is aired in more than one hundred countries and will definitely cause the kids predisposed to shutting down to disengage from learning to read.

Many teachers around the world teach phonics the way it is taught in the video above and then call kids who have shut down from learning as stupid/lazy/dyslexic.

Teach kids the correct phonemes of alphabets and we will definitely reduce the number of kids wrongly classified as ‘Dyslexics’.
Posted by Luqman Michel at 6:14 AM

Fantastic my Publishing House has early grade readers from first grade to 4 th grade .They are traditional stories and health stories very interesting in 8 Languaged English and 7 Local language .Our problem funds to print them a droll them out to all children especially those who are in community schools and cannot afford to buy books

Thank you very much for your comment, my friend. Hope, you can find some philanthropist or some organisation that will fund you.
Meanwhile, please share some of my posts here with teachers who may be teaching phonemes wrong.
Many children disengage from learning to read in English because they get confused when phonemes are taught wrong.
Wish you well.