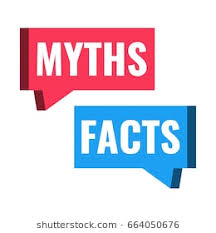 Here is an article in a blog post by Pamela Snow. The quotes in red are from a report by Prof. Robyn Ewing. I wrote to Robyn and am awaiting her response. The indented words that are not in red are by Pamela Snow.

Let’s have a look at some of the arguments proposed in the Ewing-Union Report (direct quotes from the report are in red text like this).

Reading has been described as a "biologically unnatural act", such that most children require years of specific instruction in its intricacies, in order to become proficient. This sets it apart from oral language, which is biologically natural, but is no set-and-forget skill, given its sensitivity to environmental exposure.

My comment: Statements like the above that ‘Reading is an unnatural act’ has been written so many times by the Western World. This is apparently why many cannot learn to read. But how about the billions who can learn to read in Chinese, Malay, Tamil etc? Are they the natural languages unlike English?

As has been noted by UK researchers, Roy and Chiat (2013), the discrepancy in early language exposure associated with SES means that schools actually need to accelerate the progress of children who start from behind with respect to early oral language skills. However, Professor Ewing offers no advice or strategies on how this acceleration might be achieved.
What I find disturbing, however, is the fact that this evidence is presented as some kind of thinly veiled apology for the sustained achievement gap that exists between children from less and more advantaged backgrounds.  It's parents, you see, who are really responsible for teaching their children to read.

My comment: Another load of nonsense from yet another ‘Educator’ from Down Under. Parents are the ones really responsible for teaching their children to read? What a ridiculous thing to say. My parents, just like almost all the parents of my schoolmates, could hardly say ‘Good Morning’ in English and they are responsible to teach us to read in English?
We learned all our English from teachers who knew how to teach, unlike most teachers we have today.

To improve reading for all Australian children, it is not constructive to assert undue pressure on educators (and teacher educators) to adopt only one way of teaching reading, as if it must and will answer all the difficulties that some students face.

Can Professor Ewing please point to even one reference in which anyone in the reading debate advocates the adoption of “only one way of teaching reading”? This is a straw man.

My comment: The Anglo world don’t know why kids are shutting down from learning to read in English. It does not matter whether they teach using ‘Whole language method’ or use the ‘Phonic method’ or use the ‘Balanced Method.’ There are still kids leaving schools as illiterates. These teachers who speak only one language cannot understand why kids can read in other languages and not in English. They get around it by saying other languages are ‘transparent languages’ whilst English is an ‘opaque language’. They keep repeating this for decades.

Teachers must be trusted with the responsibility of reflecting on and adjusting professional practice in the light of research evidence and theirs and other practitioners’ knowledge and experiences.

This translates as “It’s OK for teachers to choose their own adventure in early classroom instruction. Whatever they prefer is a fair thing. There’s no real science here”. If doctors, engineers, architects and pilots were encouraged to adopt professional practices in the same way, the Age of Enlightenment may as well not have happened. Professional trust has to be earned. It is not something that can be demanded just because an academic and a union say so.

“…human variation” must always be considered and that learning to read defied a prescriptive recipe for all children”.

Of course, human variation must be considered in all learning contexts, but let’s not over-egg the human variation pudding. As Dr Caroline Bowen, AM  and I have noted previously, there are more similarities between children and their brains, than there are differences. If that were not so, teachers would not observe and benefit from patterns in children’s learning and use these patterns by adjusting their teaching, and forming and testing hypotheses about which approaches yield maximal return.

My comment: Finally this lady has said something that is acceptable – “…there are more similarities between children and their brains than there are differences…” However, the sentence immediately following that –“ If that were not so, teachers would not observe and benefit from patterns in children’s learning and use these patterns by adjusting their teaching, and forming and testing hypotheses about which approaches yield maximal return.”

“But you can find evidence to support just about anything in the peer-reviewed literature’. Well, indeed you can. And that’s why we want graduates to be able to critique research and discern substance from fluff.

My comment: Sounds good, but who is willing to listen to facts explained with corroborative evidence?
Since 2010 I have written many articles saying why I disagree with the more than 35 years old theory that ‘Phonological awareness deficit’ is the cause of dyslexia. Who was willing to listen until that theory was debunked recently?
If phonological awareness deficit is not the cause of kids being unable to read in English then what is the cause?
Who is willing to listen to the fact that kids predisposed to shutting down actually shut down when things taught are confusing to them?
Posted by Luqman Michel at 5:08 AM

On 23.10.2018 one Heidi Gregory from Dyslexia Australia in our conversation said: "I have read your blog and your opinion on Pamela snow. It is disappointing to read that you do not support her."
People like Heidi and many others have a one-track mind. It is not that I support or not support Pamela Snow. She sure knows how to write beautifully but many of her points are wrong. She moderates comments and only allows what is suitable for her. Even then she does not respond to comments made. As such how are we going to learn from each other and progress?
I allow all comments and I do not moderate them. I am prepared for any comment on my blog and will try my best to respond to each and every comment.

Today, 6.1.2020 I have twitted Pamela Snow and attached this article. Let us see if she has any response.

Today, 7.3.2020, and Pamela Snow has yet to respond.
She is like the Ostrich and has decided to dig her head under the soil.