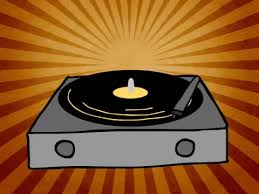 This is a continuation of my Twitter discussion with Marion S. LINK

Strange choice of word. It’s a very straight forward cvc word so easy to decode early on. It wouldn’t be a high priority in my early teaching so I’d probably leave it until they need it.

Marion, I decided to have it in my second lesson as it is a common word that is easily understood by kids. It allows me to make many sentences that the kids read.

If none of the books you have contains the word 'with' should I not teach it to my students?

My comment now: The word with is not a straight forward CVC word as mentioned by Marion S; it is a CVCC word and not easy to decode.

It’s not as common as many other words so it wouldn’t be a priority for me to teach in the first lessons. I’d focus on teaching children to decode the words they meet from the beginning. Moving on to words like with slightly later

Do I have a problem with what you or other SoR folks are doing? NO! The problem I have is with you guys insisting that Dolch words should not be memorised.

Do you actually know how kids memorise the Dolch words?

I’m simply saying that it’s inefficient teaching children to memorise words as wholes when they can learn to decode the words. There’s also the issue that it sends the message that these words are different and need to be learnt differently when that’s completely untrue.

She did not answer my question on how kids memorise the Dolch Words.

She keeps repeating, like a broken record, that children should not memorise words.

Where did she get this notion that ‘it sends the message that these words are different and need to be learnt differently’?

This is exactly what many Science of Reading advocates are doing – it is their way or the highway. Children around the world learn to read using various methods, so why insist on one way?

Are you aware that kids who go to vernacular schools here have to learn English, Malay and in addition memorise 600 Chinese characters (logographic) each year for 6 years?

AND you are complaining about kids having to memorise 220 Dolch words over 3 months.

I’d start teaching how to decode HFW such as at, it, in, on, an, can, not, the before with

If you had cared to look at my first lesson, the HFW I teach them to memorise are; a, on, at, an, and.

These words are automatically decoded as they progress through the lessons.

I explain to my students right from the first lesson that letters in English represent many sounds. The letter 'a' in my first lesson represents two different sounds; 'a' as in around (A fat cat.) and 'a' as in apple (as in fat, cat, bat etc.)

My second lesson has the words, in, to, no, has, with; to be memorised.

I explain to my students that the letter 'o' represents different sounds in the words 'to' and 'no'.

This way no kid is confused. Listen to my video on this here.

My second lesson has the word 'an' as a family word and the word 'can' to be learned.

I have no problem with how you teach or what sequence you follow but why do you insist that I should follow your way when I can get kids to read within 3 months of 30 lessons?

Fair enough. But do not insist that I have to do it your way. I find that kids who come to me go back home with high self-esteem as they suddenly realise they are able to read sentences. To be able to read more than 10 sentences after an hour is a great achievement for them.

Posted by Luqman Michel at 3:53 AM