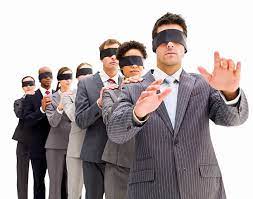 This is bizarre.  This is Look and Say stuff.

Maggie, Ehri is the Goddess of Reading Decoding Research equal to Stanovich in her published peer reviewed papers.

If you just look to cement your own views, why not abstain.

In that entire document, you found one sentence!

Jo-Anne Gross is as arrogant as she has always been. This woman is one of the first person to block me on LinkedIn and then on Twitter when I stressed that Phonological awareness deficit cannot be the cause of dyslexia. Here is my post on this arrogant woman who thinks she knows it all.

Why can’t Jo-Anne Gross just explain to Maggie. Obviously Maggie does not understand that Ehri is only saying that Orthographic Mapping can also occur by seeing a word and hearing it pronounced. This is how I taught all my dyslexic students to learn to read the 220 Dolch words. Any kid can orthographically map any word by rote memory – that is by using letter names to spell out the word a few times.

Read the psychological assessment report and listen to a video of a kid who was sent to me for tuition and was unable to read even a single sentence nor able to spell most of the Dolch words. He was certified dyslexic.

Click here for the YouTube video of the kid reading the Dolch words memorised by rote memory.

I haven't read the entire document, but I will.

I'm not sure why finding a bizarre claim is grounds for telling me to lay off.

I am well aware who Ehri is, as I am who Stanovich is.  They aren't untouchable.

We can all make mistakes and we are not untouchable. As mentioned before Jo-Anne Gross is just arrogant and thinks too highly of herself.

Does it strike you as odd, @SusanGodsland?

SusanGodland is another woman who blocked me for God know why.

I do have Qs about Ehri's interpretation of word decoding. Here's Parker phonics quoting Ehri ''The fourth way of reading words is by memory or sight. This applies to words we have read before. We can just look at the words and our brain recognizes them.''

Of course kids can just look at words and recognize them as did all kids when they learned during the whole word/language days. Whether it is an efficient or inefficient method is not what is being discussed here. What Ehri had said is that it is another method by which OM occurs.

If you read Ehri you'd know there are prerequisites for this to happen: knowledge of the appropriate letter-sound correspondences plus segmentation skill.

Off, you go Maggie.

This is the kind of nonsense that Stephen Parker writes and when I comment he blocks me. He does not read links I append and will say idiotic things like the above as if he has the last words.

I have said it before and I say it again, a majority of kids learn to read by patterns and analogies and not via letter-sound correspondences.

Listen here to two university students in Australia reading nonsense words despite not knowing the sounds represented by letters. Ask yourself, how they were able to read those nonsense words without 'appropriate letter-sound correspondences'.

I think it only happens when the child has a sound-based decoding foundation. Then OM operates. If one doesn’t get the code, OM functions not at all or poorly (like a look-say approach).

Where does she come up with such an idea if not from the clowns who keep repeating this?

Do all skilled readers have phonics knowledge? Of course not! Read my post on this here.

Posted by Luqman Michel at 5:03 AM

I learned Mandarin using romanised Mandarin. Anyone may learn to speak Mandarin by listening to hundreds of free videos and lessons on the internet.

I am able to read any and all words in Romanised Mandarin with ease.
Would either Stephen Parker or JoAnne have anything to say?

This reminds me of a famous saying by Abraham Lincoln:
“Better to remain silent and be thought a fool than to speak and to remove all doubt.”