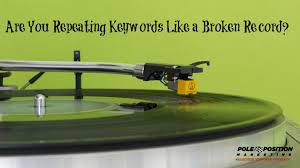 On 7.3.2022, The Reading Ape @TheReadingApe tweeted the following:

'...many first grade readers who struggle to master orthographic-phonological coding and read laboriously while they are doing so, may be more on track for becoming independent readers than readers who memorize words and disregard the alphabetic principle.' (Rayner et al., 2012).

If kids learn the alphabetic principle should they not memorise words?

What is wrong in memorising words and at the same time learning the alphabetic principle?

Where do these guys come up with such ridiculous statements as those who memorise words will disregard alphabetic principle?

It is these kinds of stupid statements that make many parents avoid programmes teaching kids to memorise a few Dolch words.

A parent with 3 dyslexic sons in Minnesota who was keen on my free lessons shunned away from it because of having to teach her children to memorise Dolch words.

I think it is irresponsible for anyone to tweet something that was said 10 years ago without thinking if it is true and how it will affect readers.

This morning, there were a few tweets in response to my tweet above by one marion s @mazst who is an SoR proponent.

Why would they need to memorise words as wholes if they can decode the words they will become automatic.

This implies that memorising words does not make it become automatic. I teach my students phonics as well as memorising a few Dolch words, which is done easily by any student, they are able to read sentences in the first hour of teaching.

Who says so? One does not have to sound out words to be able to orthographically map words.

Why do you think it’s necessary

Good Question! It is not a must but learning just a few Dolch words and teaching the sounds represented by letters gets my dyslexic students to read about 10 sentences in their first 1-hour lesson.

Please tell me why I should not teach them to memorise the Dolch words.

Instead of answering my question Marion tweeted a clip that I had seen many number of times. The following is what the clip says:

I have read the above several times.

You are still evading my question as to why I should not teach memorisation of whole words.

I like drinking coffee and tea. I prefer coffee to tea.

You appear to be telling me to choose one over the other. Why?

The above reminds me of what Dr. Sam Bommarito says of some of the SoR proponents; ‘It is my way or the highway’.

I always teach my students the names and sounds of all letters before I teach them to read.

i. Teach names of letters

And they begin to read sentences.

Spend the time more productively. Time spent teaching 10 words could be better used to teach the sounds and skills needed to decode and encode.

I teach them the sounds of each letter in the first hour.

We don't need months for that.

If you read the preface and notes to my lessons and then look at my first lesson you will understand why many parents in many parts of the world successfully use my lessons.

So after the first hour they should be able to decode words without needing to memorise them as wholes … look at all the time you’ve saved!

Perhaps, you misunderstood. I teach them to memorise 5 Dolch words in my first lesson. Another 5 words in my second to 4th lessons and then 8 words during each of the subsequent 26 lessons. By the end of 30 lessons they would have memorised the 220 Dolch words and able to read.

Spend the time teaching them to decode and they will be able to read any word they meet. A much more effective use of time.

iii. You say it is unnecessary to teach Dolch words without actually looking at my first lesson.

Why you say it is wasting time is beyond me. Dolch words comprise about 50 to 70 percent of words in a child's storybook.

This reminds me of Charlie Munger who said that the human mind is like the human egg. LINK

(Links were not in the tweets)

If you’ve taught them to decode then they can read the Dolch word without needing to memorise them.

That is exactly what I am suggesting. I teach them to decode. By the end of 3 months of 3 one hour lessons per week they are able to read (decode).

All my former students are doing well in universities.

Why you say it is wasting time is beyond me. Dolch words comprise about 50 to 70 percent of words in a child's storybook.

If you’ve taught them to decode then they can read the Dolch word without needing to memorise them.

Marion, we are going around in circles. Many people argue for argument's sake. If you don't look at the lessons and argue there is not much we can achieve. I know that most Dolch words can be sounded out but when do we teach kids to sound out the word with?

I teach it as a Dolch word to memorise and use it from my second lesson. The child can then read many more sentences.

Please answer - when do we teach a kid to decode the word with?

It appears that Marion has not looked at my lessons. This reminds me of another woman from the UK who kept arguing without reading links I had supplied.

Note: For the new generation - To sound like a broken record means to repeat something over and over in an annoying fashion. The phrase comes from certain characteristics of a vinyl record, also known as a phonograph record. If there is a slight scratch on the record it will keep playing at the same spot until someone lifts the needle and places it further up.

Posted by Luqman Michel at 3:20 AM