The failure to meaningfully address illiteracy in our schools feels intentional. (Part 1) 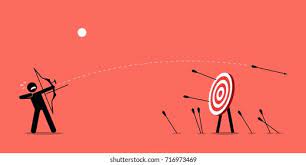 “To suggest the best education minds in America cannot figure out how to conquer or at least reduce illiteracy in our nation’s schools is nonsense.”

Beanie had the following link which said:

The failure to meaningfully address illiteracy in our schools feels intentional. For decades, reading performance in our public schools has been less than impressive.

This is interesting as I have felt this way for a long time. It is my opinion that most of the researchers and heads of research institutions and universities are the puppets of the powers that be. How is it possible for man to be sent to the moon but not able to reduce illiteracy?

The following are a few encounters which appear to confirm my opinion.

Allan, who has his own blog, copy-posted 3 of my articles in his blog with my permission.

On 12.5.2010, upon the insistence of Alan I wrote to Dyslexia Scotland. By this time I had already written to more than 30 Dyslexia Associations around the world.

Immediately after my email to Dyslexia Scotland, Alan Garbutt deleted my 3 articles from his blog and was not able to be contacted. Read more in my post here.

Here is an email from Alan and my questions on why he deleted my articles from his blog.

ii.                   Here is a list of lies on the internet about dyslexia. Who are the perpetrators? Please read the disclaimer notices. They all appear to be from the same source.

Here is my email to Reid Lyon. My questions were not responded to.

I thought it was weird that he would not want to discuss this matter which he has been questioning for decades.

It is rather strange that a researcher who had been looking for an answer did not have the time to discuss this matter with someone who was eager to discuss with him.

Posted by Luqman Michel at 7:28 PM