India too has been afflicted with wrong phonics 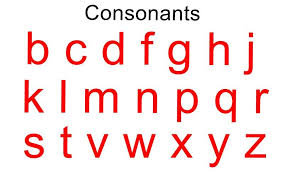 Last year the parent of one of my past students requested me to help her sister in India whose child was not reading at grade level.

I spoke with the mother, via Whatsapp, and asked her to record how her daughter read a few of the consonants I gave her.

Here is an audio of the sounds (now converted into a video) of the few consonants I had sent her to have it recorded.

This girl, from India, learned her phonics from an American teacher.

Similarly, another student from West Malaysia also read the sounds of the letters wrongly as taught by her teacher. Please listen to the audio below.

Both of the students were in primary 3 and both could not read at grade level. I know for a fact that both are smart girls who have shut down from learning to read because of confusion.

If the above is the way kids are taught in kindergarten and primary schools is it any surprise why kids predisposed to shutting down leave school as illiterates?

In 2017 when I wrote on LinkedIn on phonics being taught wrongly, two teachers from South Africa asked me as to what is the correct way to teach. That simply means that many teachers in South Africa too, are teaching kids the same way as taught in western countries.

I will record some YouTube videos on how not to teach letter sounds and I hope you will help me to share them with your contacts.
Posted by Luqman Michel at 5:04 AM