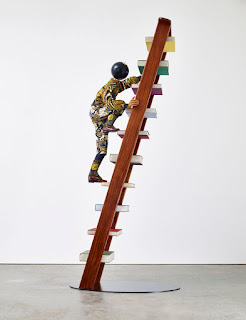 The following article, extracted from Children of the Code, was posted by me on LinkedIn in September 2015.

Has any educator bothered to comment on my post? No! And why not? Afraid to offend... How will we eradicate illiteracy?

Unfolding the Ambiguity in the Code:

In other words, we've let the kids tell us what we were doing wrong… The only one that didn't totally strike out was ITA, which was sort of like an adaptation of the International Phonetic Alphabet.

Right. Which reduces the amount of ambiguity they start off with?

Right. With those symbols, you could teach the kids to read words.

But then you have a big transition problem because you've got them up and reading on a less ambiguous system that is not representative of the system they will have to use eventually.

You nailed it. That's exactly what happened. As soon as we switched over to the traditional orthography the change in spelling absolutely blew them away. They didn't get the idea, or we could not teach them, because we reinforced them too long in assuming "one symbol, one sound." When we tried to transition, they just totally fell apart.

Which, to some degree speaks to a major part of the problem with reading in general. This is what we're teaching children, or at least many parents are when they first expose their kids to letters. We act as if letters have this definitive, one-to-one kind of correspondence with sounds. Sesame Street does that and books and crib mobiles and everything else, as if letters have definitive sounds. In terms of unfolding the ambiguity in bite sizes that they can actually deal with.

But the key in both cases is to find out where they're at foundationally and then give them manageable steps into the confusion that they can work through.

Right. So, if you do it right, it's not confusion.

Well, there is ambiguity that they have to learn how to resolve, right?

We have to learn how to teach them to resolve it.

For sure, for sure. They're not going to learn how to resolve it without help, but ultimately, they have to learn, first-person, how to resolve the ambiguity they experience.

My comment: Both Siegfried and Boulton appear to know what needs to be done and they seem to have discovered this as early as 2003 and yet there still are disengaged students. Millions have been spent on a study that appears to be of no use to anyone. Why is Donation still being requested to continue with the studies even after more than 10 years?

When a child’s mind starts to develop avoidance of confusion then that avoidance can spill out to the confusion that is involved to learning about other things and it is this – this core deep structure of readings influence, both cognitive, linguistic, automatic processing level and at the emotional avoidance level why reading has a powerful core relation ….


My comment: This is exactly what I have been saying too. Children get confused when letter sounds are not taught correctly. Children get confused when they are not informed that letters represent more than one sound. (See my post on ' How not to teach letter sounds'). Malcolm Gladwell had said the same thing in his book, Tipping Point, where he said kids tune off (disengage) from viewing TV when they are confused.

10 times the number of kids who have innately biologically ordered learning difficulties have learning difficulties that are a consequence of what they learned…... Until such time we can read that they are cognitively going askew relative to what they have learnt in the past then our teaching is kind of brute force against this deep core stuff that is working against us.

"So the sobering message here is that if children don't have the right experiences during these sensitive periods for the development of a variety of skills, including many cognitive and language capacities, that's a burden that those kids are going to carry; the sensitive period is over, and it's going to be harder for them." -


My comment: As I have been saying, no amount of encouragement or motivation is going to help a kid once he disengages. It is not a lack of motivation that is keeping the kid from learning to read.

I look forward to your comments. Together, let us alleviate the ‘sufferings’ of parents with disengaged students.

Posted by Luqman Michel at 4:32 AM