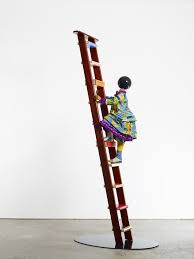 The following is what our David Boulton had said in his LinkedIn exchanges with me. Please read my post on this here.

"Children of the Code avoided advocating solutions so as not to be dismissed as having an agenda other than learning deeper into the challenge. 3 decades of work have culminated in a solution, an entirelydifferent approach to supporting learning to read.

I had said that this is utter nonsense that only the uninformed will believe. Most of America will believe anything that their ‘Gods of education’ say without thinking.

15 years ago Seigfried Engelmann, may his soul rest in peace had informed David Boulton that ITA and IPA did not work. (See my post tomorrow)

How is this solution that has ‘culminated after 3 decades of learning deeper into the challenge’ going to solve anything? Is it not the same thing as ITA and IPA clothed in a different package?

What you need to do is to just inform all students that almost all letters in the English language represent more than one sound.

This is to prevent them from not shutting down when a new sound other than what they have learned is introduced.

Many children shut down from learning when you have taught them ‘a’ as in apple and later teach them sounds of the letter ‘a’ which is different without having informed them that letters in the English language represent more than one sound.

Here is a list of sounds that the letter 'a' represents.

This will reduce the amount of ambiguity and they will not assume "one symbol, one sound."

The above is one of two reasons why kids shut down from learning to read and then wrongly classified as dyslexic.

Posted by Luqman Michel at 5:51 AM

Hi Luqman, thanks for the article. A subject that is close to my heart as I was taught Initial Teaching Alphabet (ITA).
which is a variant of the Latin alphabet developed by Sir James Pitman (the grandson of Sir Isaac Pitman, who was the inventor of a system of shorthand) in the early 1960s. It was intended to be a simplified writing system which could be used to teach English-speaking children to read more easily than can be done with traditional orthography. After children had learned to read using I.T.A., they would then eventually move on to learn standard English spelling. it was discarded after a short time and left a lot of children feeling shamed (including myself) and struggling to ever re-learn to spell correctly. Children do indeed need to be taught correctly.

Thank you, SEO master for your comment and encouragement.
SEO, does that represent Search Engine Optimisation?