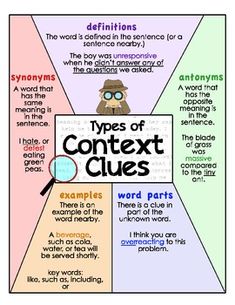 I tweeted the following

That is why I suggest teaching phonics (priority) as well as Dolch words (as about 70% of words in kids' books consists of Dolch words) and context clues as there are many words that cannot be read without context clues.

If they can't be read without context, it implied phonics wouldn't work. I'm now thinking that what you meant is that phonics gets you to two choices and you need context to decide which. I just wouldn't describe that as "many" words, the way you did.

Reading is certainly more than decoding. So context is always important in reading comprehension. Can you give me an example of when you would teach students to use 'context clues' to figure out what a word is (as opposed to what it means)?


Instead of just giving her one example out of many I gave her 3 examples.

I did not get a response.
Surely we need context clues in addition to phonics to be able to read the highlighted words correctly. Of course, it is not restricted to heteronyms as above.

Contact clues will also aid us when we know of a word but have never read it before. For instance, a kid who had never seen the word island will not be able to read the word island as in ‘Treasure Island’. He would probably read it as is land. However, if he sees the following sentence ‘We then rowed our boat around the island’ chances are he will be able to read that word correctly using context clues. This is not guessing but using clues in a sentence to work out what a word is and pronounce it correctly.

In any event, what is the big fuss about using context clues? Why don’t we teach kids all the ways that can aid them to read? Why be adamant about not teaching kids to memorise Dolch words (frequently used words)?

Sounding Out The Sight Words.  It's misleading to suggest there are a large number of words that can't be decoded/learned via connecting graphemes to phonemes.

I did not say anything close to, a large number of words that can't be decoded via connecting graphemes to phonemes.

Don't put words into my mouth.

Sara J Peden did not respond. I tweeted and said she owes me a response and she said she does not owe me any response and did not answer my question as to when I said that a large number of words can’t be decoded via connecting graphemes to phonemes.

Most of these whites have the habit of saying whatever they like and when cornered just shut-up or if possible delete the comments.

Of course, I know that almost all the words can be read phonetically. Otherwise, I would not have taught my students' phonics. Why do these phonics proponents talk as if they created phonics and where do they get this notion that they are the only people who know phonics?

It is easier to fool people than to convince them they have been fooled. (Mark Twain)

Posted by Luqman Michel at 3:45 AM

It's hard for me to understand how you can say that you didn't get a response and then go on to discuss my response. Your readers should just go to the thread and read it in its entirety rather than rely on your incomplete recounting. It doesn't appear to me to be in good faith.

Sara Peden,
I did not get a response to the following.
You asked me and I responded as follows.

Please look for the thread and post it here for all readers to see. I would be grateful.

You suggested; "It's misleading to suggest there are a large number of words that can't be decoded/learned via connecting graphemes to phonemes."

Did I suggest anything to that effect?

I searched for the thread that you mention and I cannot see your rebuttal. Please post it here and I will apologise if I had overlooked.

Whatever you comment here can be in full. There is no limit to number of letters as on Twitter. Please give your views so that every reader reading my blog posts can benefit from your expertise.

After all, that is what the aim of this blog is all about. To share our (my readers and my)findings to benefit the masses.

You say:
"Instead of just giving her one example out of many I gave her 3 examples.

I did not get a response."

That is incorrect. Here is exactly what I wrote. It's a *response*:

"Okay yes ... so phonics gets you to the limited choices for homographs. I just don't see that as "many" words."

You even acknowledge that I responded by saying:

"What does Sara J Peden mean by, ‘I just wouldn't describe that as "many" words, the way you did.’
There are more than 70 heteronyms most of which are common words. If more than 70 is not many than what is?"

Well ... the answer to your question (If more than 70 is not many than (sic) what is?) is that the meaning of "many" depends on what is being counted. Different people may have differing opinions as to what "many" is in a particular context. It was very clear that my response was based on my interpretation of "many".

I am honestly not sure if you are finding responses on Twitter. Perhaps you don't have your settings so that you get a notification when someone replies to you? You recalled ending a tweet with "Don't put words in my mouth" and then claim that I did not respond. But I did.

"Then what did you mean by "... for many words that cannot be read without context clues."?"

And once again you mislead your blog readers when you suggest that all I said to one of your tweets was that I didn't owe you a response. Perhaps your readers will get a better sense of how rudely your tweet came across when they see what I actually wrote (with the word 'owe' emphasized:

I don't 'owe' you anything. But if you'd like a response to something I somehow overlooked, please would you remind me of the question?

And it turned out, I had already responded (see above).

Finally, I note that you state:

"Most of these whites have the habit of saying whatever they like and when cornered just shut-up or if possible delete the comments."

Do you think you know something about *me* from the colour of my skin? If so, I think your thinking is as mistaken as is anyone else's who does the same.

Your rudeness seems to be based on either the colour of my skin or my gender. It seems if I disagree with you, it can't be due to a difference of opinion. You certainly don't seem to be considering my points. Therefore I am no longer interested in conversing with you on Twitter or elsewhere.

The colour of your skin means nothing to me and neither does your initials. I don't expect you to say 'I don't owe you anything' in a public forum where I have responded. Don't write anything in a public forum if you do not intend to respond.
You made a comment on Twitter and blocked me without giving me an opportunity to respond.
What kind of behaviour is that?
You demand respect but behave disrespectfully.
Here we do not demand respect, it is accorded when due.

"Most of these whites have the habit of saying whatever they like and when cornered just shut-up or if possible delete the comments."
AND that is exactly what you did.
You made a Tweet and blocked me so that I could not respond to what you had said.


Book: How to Be An Excellent Student