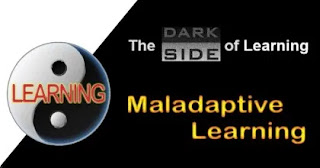 When a child’s mind starts to develop avoidance of confusion then that avoidance can spill out to the confusion that is involved to learning about other things and it is this – this core deep structure of readings influence, both cognitive, linguistic, automatic processing level and at the emotional avoidance level why reading has a powerful core relation ….

My comment: This is exactly what I have been saying since 2010. Children predisposed to shutting down get confused

Malcolm Gladwell had said the same thing in his book, Tipping Point, where he said kids tune off (disengage) from viewing TV when they are confused.

Posted by Luqman Michel at 3:57 PM