China vs the USA 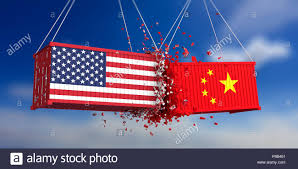 I have been writing to the Caucasian countries since 2010 on how to eradicate illiteracy. The egos of the so-called educators from these countries have made them blind to what they have been seeking for, in the last few decades.


The ridiculous ‘reading wars’ on whether to teach whole language or phonics methods do not seem to end.

These countries simply refuse to accept that the problem can be easily solved by teaching the pronunciation of phonemes the correct way and explaining to kids that letters may represent many phonemes.

I have written many articles on the above as well as uploading videos on YouTube on how to teach the pronunciation of phonemes to eradicate illiteracy. These have all fallen on deaf ears.


Another good news is that China, which has never been in the analytics, has emerged as the fourth largest group of readers of my blog. This is despite the fact that internet usage in China is controlled.

Surprisingly Russia has appeared as the third-largest reader of my blog.

I believe the Chinese will soon come up with research reports to support my findings. There are thousands of Chinese kids in Malaysia who can read in Han Yu Pin Yin but not in English. (Han Yu Pinyin is Romanised Mandarin). I believe that this will be the same situation in Hong Kong and China. The Chinese educators will, therefore, understand and accept my findings.  They will be able to accept that Chinese kids who are unable to read in English do so mainly because the pronunciation of phonemes of consonants is taught wrongly.

Then at that time the Americans would probably start looking closely at what I have been saying since 2010.
Shame on Israel; though proud are her people of so many discoveries, they fail to understand/discover why many smart kids – the cream of the population- leave schools as illiterates.
China, with its 5G technology and other technological advancement is poised to become the world’s super-power and I believe it will happen in my lifetime.

As it is, China’s purchasing power parity is already ahead of the USA and has been so for a few years now. Soon, they will become the exporters of educators to teach how to read in  English to the English speaking countries.

The following is from the internet.
China's nominal gross domestic product (GDP) is $13.41 trillion, making it second to the United States, but its GDP based on purchasing power parity (PPP) is $25.27 trillion, exceeding that of the United States. ... China, meanwhile, needs America's technology and innovation. Dec 23, 2019.

Chinese students top the PISA rankings, but some Shanghai parents are turning away from the school system.
Posted by Luqman Michel at 5:26 AM