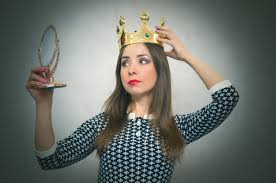 Immediately after my tweets to and from Dr.David Zyngier came a tweet from someone called Beebee.

Beebee:
And what is the wrong pronunciation of phonemes? There r different accents across Australia.  Which one is 'correct'?


Luqman Michel
This will get us somewhere. Thank you.
We are not talking about accents here.
Australians and many others around the world pronounce the phonemes wrongly thus causing confusion in kids who then shut down from learning.
Do listen to my YouTube video and then please grill me.

Beebee
This has been addressed in Australia a while ago now and you generally won't find kids adding an extra sound to consonants. The issue here is with this test. (See note 1 below)

Luqman Michel
That is what you say. I have written about this to Australia since 2010 but not one listened.

Beebee
That is fine for single or even consonant clusters but accents definitely play a role in the pronunciation of vowels, especially dipthongs.

Luqman Michel
Hello, I am sure you know what I am talking about. Children shut down when pronunciation of phonemes are taught wrongly. There is no need to talk about dipthongs, diagraphs, comprehension, vocabulary and whatnot.
Get the foundation- phonemes- laid properly.

Beebee
There is absolutely a need to talk about them as they r part of this phonics test. Have u seen the test? (See Note 2)

Luqman Michel
You have gone on a tangent. I am talking about the millions of kids who disengage from learning to read. The kids who leave school as illiterates because of confusion.
Everything else comes subsequently.
Read my blog posts at http://dyslexiafriend.com

Beebee
But you've already said, u aren't here so how would u know what teachers r teaching in the classroom. (See note 3)

Luqman Michel
I told you that I have been emailing teachers since 2010.
I have even emailed Julia Gillard in 2010. (She was education minister before becoming PM in June 2010)
If you say teachers are teaching the correct pronunciation of phonemes, then I am happy for you.
For info I have been to Australia about 15 times. (See note 4)

Notes:
1.        Is this person from the Ministry of Education or what? She probably thinks I am still wet behind the ears. However, from what I have recently gathered, many schools are indeed teaching the pronunciation of phonemes correctly. There are still many schools that have yet to change. I believe this has all changed since my emails to most of the educational establishments since my first email to Julia Gillard in 2010.
2.       Why is she talking about tests that I am not interested in? I am only interested in telling the world that kids shut down from learning to read because of confusion. This is the information that will end the reading wars.
3.       This is not a discussion anymore it appears to be some sort of wanting to win an argument.
4.       Yes, I have been to Australia many times and have driven from Darwin to Albany in the South. Been to the Gold coast several times. Had bought 2 units of properties, one Link house on Surfers Paradise and one detached unit in Robina both of which I had to sell when I lost all my money in the stock market.

Posted by Luqman Michel at 6:49 AM