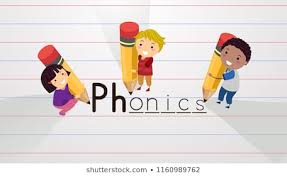 On 27 March 2020, I was blocked by Stephen Parker from Twitter. It was he who added me and then he removed himself which does not bother me. However, it would be nice to know the reason.


Anyway, many educators on LinkedIn, Twitter and Facebook all act in a similar manner. Perhaps a virus has attacked their brains or they have learned from the Ostrich and dig their heads under the ground.

My challenge is against the stupidity of many of the educators who act as if they are superior.

For those who are new to my blog posts, I have been patient and very courteous when I write to these educators. We have agreed to disagree and thank each other and moved on when discussions have been decent ever since I started this blog in 2010. However, when you get these arrogant educators who delete comments and ask stupid things like 'what are your credentials', 'what is happening to your students does not apply to the rest of the world', 'there is no empirical evidence to show that consonants should not be taught with extraneous sounds', 'what you have experienced does not apply to English speaking countries, etc it really upsets me.

The teachers and parents observing these discussions take everything these guys say as the Gospel truth. The parents spend money doing all kinds of tests to 'cure' their so-called dyslexic child when the fact is that the child has disengaged from learning to read due to confusion.

Surely there should be a limit to the extent one will go to amass wealth.

Here are my last two tweets responding to Stephen Parker.

Anyone with some brains between his ears ought to know that it can't be true.
Similarly, there is no such thing as 20% of kids being dyslexic.
Most of them are instructional casualties.
https://twitter.com/ParkerPhonics/status/1239690125136855040

After 100 years of bickering over how to teach reading, the solution really is this simple.

Here is my response to the above:

If the solution is simple @ParkerPhonics why was the UK in the 14th place in the last PISA test?

My comment now: Stephen Parker similar to many other teachers/educators/ researchers on LinkedIn, Twitter and Facebook ignored my comments and disconnected without responding. I don't understand why he disconnected me. Mine was a genuine question. How is it possible for China to be number one followed by Singapore and Macau and Hong Kong in reading - reading in English - not in Mandarin.

None of these guys had done research on why many smart kids cannot read in English but are able to read in Malay and Han Yu Pin Yin.

There are many reports from around the world stating that kids can read in many languages but not in English. These reports are simply brushed aside saying that other languages are transparent whilst English is opaque.

Should these educators then not ask as to how a majority of kids learn to read in an opaque language?

Should they not ask as to why every year there are kids who cannot read in English but are brought to grade level with a short period of intervention?

When I tell them that many children around the world shut down from learning to read in English because of confusion they can't accept it. This is what I learned from my students, from teachers during my public talks and from videos of kids interviewed in Children of the Code.


The 'reading wars' is still ongoing and yet they refuse to accept my findings that all children will be able to read if the pronunciation of phonemes is taught correctly.

One lady educator told me that she does not think that this is the reason why kids are unable to read in the UK but she does not have an alternative reason.

Isn't it ironic that for decades they have all been looking for the reason why many kids cannot read and yet are not willing to have a decent discussion with someone proposing a solution to the 'Reading Wars'?

Posted by Luqman Michel at 5:42 AM