Children of the code project 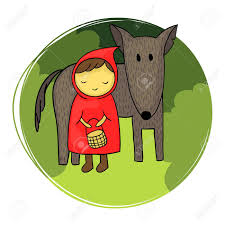 David Boulton in his reply to me said the following:


"Children of the Code avoided advocating solutions so as not to be dismissed as having an agenda other than learning deeper into the challenge. 3 decades of work have culminated in a solution, an entirely different approach to supporting learning to read:"


How stupid does one have to be to believe what this guy says?

If he had done work for three decades with more than 160 experts interviewed and is not able to come up with a solution, then there is something really wrong. What happened to the money collected as grants and donations over the years?

Is the public that naïve to accept such nonsense?

Check out the ‘Entirely different approach to supporting learning to read’ which is nothing more than an adaptation of the International Phonetic Alphabet which was invented in 1888 (late 19th Century.)

How is it that no one question these guys who did the Children of the Code project?

Has the standard of reading reduced after this whole research?

Why would an educator like him delete all my comments and then disconnect from me in all accounts? What is he afraid of?

Posted by Luqman Michel at 6:13 PM

Email ThisBlogThis!Share to TwitterShare to FacebookShare to Pinterest
Labels: Children of the code, International Phonetic Alphabet