Email to Hon Betsy DeVos- Secretary of Education of the US 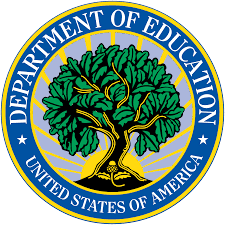 Here is an email to Hon. Betsy DeVos the Secretary of education in the USA.
I wrote one email in May and another in June 2018 and received the same reply stating that it was being passed to the relevant officers and that was the end.

How do we expect the reading standards to improve with such attitude from the Education Department?

My name is Luqman Michel from Sabah, Malaysia.

I have been teaching dyslexic kids for the past 14 years on a one on one basis and have observed them and interviewed them over the years even after they had been weaned from my tuition.

In 2010 I wrote to many universities, professors, ministers and Dyslexia Associations saying why I don't agree with 'phonological awareness deficit' being the cause of dyslexia. At that time it was about 35 years since someone had said this and most professors just latched onto that theory without questioning.

I was the first person in the world to challenge that theory.

In 2015 and thereon research papers have surfaced debunking the theory that ‘Phonological awareness Deficit ‘is the cause of kids being unable to read.

Of my approximately 50 ‘dyslexic’ kids whom I taught on a one on one basis not one had  phonological awareness deficit.

I do understand from my friends in US and UK that they have students with phonological awareness deficit. I believe the percentage of these kids cannot exceed 2%.

I know exactly why kids disengage from learning to read. A majority of the kids, who are classified as dyslexics, are actually just instructional casualties.

Malay which both use the same 26 alphabets as does English.

A few questions we need to ask are:

1.      Why is it that approximately 30% appears to be the National average of kids leaving school as illiterates in the English language all over the world?

2.      How is it possible that these kids can be remediated within a short period of time?

3.      How is it that despite so much advancement in technology, the number of kids leaving school as illiterates remain the same?

Back in 2010 I also wrote about why these kids actually disengage from learning to read but there has been no research on this.

I have just finished writing my book on why 30% of kids in schools cannot read in English. It also explains how to prevent kids from shutting down/ disengaging to read.

I hope you will buy a copy when it is published by end of May and then grill me on the contents.

Then please spread the facts in my book to all your contacts.

This book is a must-read for everyone involved in education and in the medical profession especially clinicians and pediatricians who diagnose kids who are unable to read.

Educators and doctors should stop lumping any and all kids who cannot read in the English language as dyslexics.

Together let us reduce illiteracy if not eradicate it.

I hope to get a response from you.

Thank you and kind regards,

Here is her office response

This acknowledgement is sent on behalf of Secretary of Education Betsy DeVos.
Dear Mr. Michel:
Thank you for your e-mail to Secretary of Education Betsy DeVos.  We appreciate hearing from you.
Your communication has been forwarded to the appropriate staff member for review and further handling.
Thank you again for contacting us.
Sincerely,
Edgar Mayes
Director, Correspondence and  Communications Control Unit Office of the Secretary U.S. Department of Education Washington, DC 20202


I wrote another email on 1.6.2018 and received a similar response and that was it... Who do we blame if the secretary of Education and her officers have such a lackadaisical attitude towards eradicating illiteracy?

Posted by Luqman Michel at 4:45 AM

No question after these remarks @BetsyDeVosED that the federal government is giving not only the flexibility but reinforcing the power of states and communities to educate in any way they deem fit.

There’s no excuse for not educating students wherever they are, K-Career.
The fdollowing was my response:

"...reinforcing the power of states and communities to educate in any way they deem fit." @JeanneAllen

This is about the dumbest thing one can say.

You should ask your contacts to get @BetsyDeVosED
to respond to my post at
https://dyslexiafriend.com/2020/03/email-